To design a Viber sticker pack for one of the most innovative Hungarian media site that has never been seen by the Hungarian Viber target audience so far.

The most popular Hungarian online travel portal Utazómajom was amongst the first to create public account in Viber instant messaging app late spring this year but didn’t follow the usual way of the brands presented on Viber until now. They have gained their twelve thousand followers in an organic way, offering them flash sale travel offers and error fares, instead of launching a free sticker pack where downloaders become the followers of the brand automatically.

However we were asked to design their sticker pack which Viber pushed out to the market at the end of the yearwhich finally was named “It’s not a monkey business” by us.

We designed animated stickers, (to view our funky monkeys click on the upper link on the right) which solution has only been used by Sziget Festival in Hungary so far. We presented the key visuals and the image phases while the colleagies of Viber have done the animations themselves. For the launch we also created a promotional video and Viber banner.

4 weeks after the launch the sticker pack has reached more than 94000 downloads. And our client was jumping for joy! 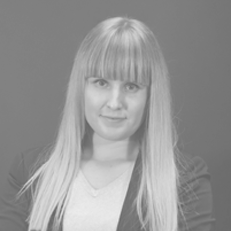