Dr Oetker is a market leader, or in other words: they don’t want a bigger slice from the cake, but just a bigger cake, so their aim is to influence consumer habits and publicize baking. They also have a perfect tool for this since 2011, an own brand media site, called Sütnijó.hu. According to our client's expectations (Dr. Oetker), our task was to drive quality traffic to the site, through purchased media – with low bounce rate and longer time spent on the website.

The innovation in one sentence:
As first in Hungary, mix three elements: the cheap and well-targeted programmatic, the more engaging content-like native formats and dynamic creative banners, which avoid banner burnouts.

Mix the ingredients carefully: use open RTB to raise awareness and to specify targeting. Show the users hundreds of recipes through dynamic banners without having to produce the banners one by one. The fix parts of the banners are the logo, a short campaign message, a CTA button, while the dynamic messages are the recipe, it’s photo, title and description.

Why is this solution mediafirst? Although automated and native ads are available in Hungary for large media companies, but there hasn’t been any example of not placing these ads on these platforms, but on any website through programmatic network in display zones with IAB formats.

During the campaign we used DataXu’s platform, the Dynamic Advert Optimizer network and the Dr Oetker recipes.

Results:
Unlike in case of standard display campaigns, in this campaign, the click-through rate was around 1%, which means the users was more interested.

During the campaign period, visitors spent 30% more time on the site than usual (1 minute 28 seconds), so visitors from the dynamic ad campaign proved to have more affinity to the content of the site.

This is also supported by the fact that during the campaign period the bounce rate of the visitors was only 17.33%, which was 29.45% before. 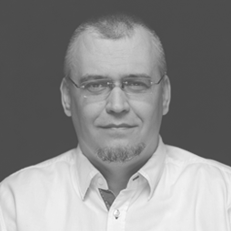