Marketing objective:
Awareness and relevance building for MPL’s Post Point service among the younger target groups. For the population aged 15-25, online shopping is a natural, everyday phenomenon. We wanted the youngsters to consider the Post Points’ services as potential options in case they need to send or take over parcels.

Communication objective:
Presenting and explaining the advantages of using the Post Points to the younger audience in a way that helps the imprinting and is also emotionally engaging.

Implementation concept/strategy:
To address the target group we used influencers not only because the information delivered by them is more authentic, but for building relevance we need to tell as much as possible about the service, presenting it to the costumers, so that they can truly get to know and thereby feel it relevant for themselves. For this purpose, the influencer marketing is more adequate than the most other advertising tools.

It was a challenge, however, to elaborate a mechanism that helps in putting off and pulling out the influencers from the almost conventional, routine-like and “repetition of lesson”-style marketing communications. We wanted to connect REAL emotions to the communication of the service and to the Post Points themselves – thusly enhancing authenticity and building commitment.

The solution was the usage of a typical internet-related occurrence, the unboxing, the connection of which to the mail-order service doesn’t have to be described in detail. (Several ten thousand home-made unboxing videos are available on YouTube, in which the maker “documents” the joyful, sometimes ceremonial moment of the unwrapping of some eagerly expected package.) With this we caught the real emotional culmination of the use of the mail-order service and monopolized this “platform” in the communication for Magyar Posta.

It was also a key element of the concept that we involved not only one, but several influencers, who prepared a video-series of linear storyline. The vloggers always presented their next in line mate with surprise gifts financed by MPL, sending the package to one of the Post Points every time. The invention of the gift was up to them, and since they knew each other’s activity, they managed to come up with really creative and successful ideas in most cases. Thus, at the unwrapping, i.e. during the unboxing we could see real emotions (surprise, emotionalism, gratitude, joy, etc.).

Of course, the main advantages of the Post Point delivery could always be heard in the videos, i.e. the recipient is not kept at home waiting long for the courier, but he/she can pick up the parcel anytime and at his/her preferred Point (post office, CBA, MOL fuelling station).

Justification of the platform choice:
With the help of the influencer marking, the topic of parcels delivery can be formulated and explored well. The influencers proficient in different fields could adapt the theme in accordance with their own personality, channel and fans’ demands, which brought the brand even closer for the viewers, and made the message easily receptible.

The selected influencers participated in the campaign by realizing their own ideas, hence genuine and really persuasive contents could be generated. Instead of artificial and staged scenes we could see real emotions in the videos that made the brand, the campaign and also the service authentic, trustworthy and human-centric.

During the campaign we worked together with the Post for Rent influencer platform.

Results in figures:
The campaign was implemented in the form of an influencer activation of such a large scale and complexity that had not been seen in Hungary before. It reached more than 750,000 users and generated more than 54,000 interactions.

In point of the figures, the campaign closed with an absolute success, we overfulfilled the estimated view rates by 50%, by more than 280,000 views. The reception of the contents was fully positive based on the number of likes and the tone of the comments. Several content-relevant discourses were born; the brand awareness and the brand loyalty among the existing consumers also noticeably strengthened, besides the relevance.

*The headline was based on a pun in Hungarian.
Links
Meet us!
Réka Senior project manager 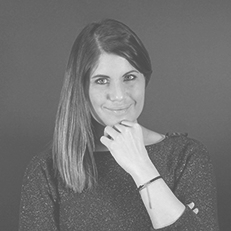