To make the music video of the song ‘Theodora’ scheduled for the premiere of the Australian band KilbeyKennedy’s 4th album.

Steve Kilbey’s lyrics create mood and atmosphere, the primary focus is never on the sense of the words. Theodora was also made from these atmospherical images: a woman’s life is emerging mysteriously from the lyrics. One element of the creative concept was formal: we used a special technology called ’motion photography’ achieved with parallax animation or 2.5D effect. It’s halfway between a photo and a motion picture. First we selected images with good fore/middleground and background separation (and clean edges). Then we sliced up these images into separate planes or layers, and isolated the subjects from the middle- and background. We pushed away these layers from each other to create a 2.5 dimension space. We had to rebuild those parts of the background that were covered by our subject in the original picture to be able to make animations from the photos. That means photo retouch in every scene. The animations were made by puppet technology: we defined the ’joints and bones’ for every moving items (rotation points). In the end we did colour timing for the unified lighting and for many scenes we used the so called particle effect. The other part of the creative concept was the content: women's faces, life- and fate situations are shown. The start and end scenes are a female eye, and we’re travelling through these eyes from scene to scene during the whole clip. (Until the switch at the 2/3 of the music we go inward in the eyes, after that outward). The eye is a symbolic point, the gateway of the material and the metaphysical world (the ‘mirror of the soul’) that connects the common and consistent female soul.

„i fucking love it mate” Steve Kilbey (KilbeyKennedy, The Church)

„Gripping, astutely twisting song and a captivating, imaginatively enchanting video. A beautiful clip made with a special animation technology!” RECORDER

„A song that makes you forget the outside world for a few minutes." HÍR24

„If you watch the clip, everything else will be forgotten for a few moments, that’s for sure." Mindenegyben blog 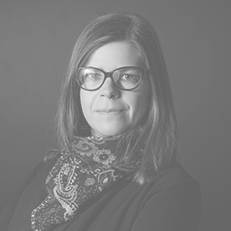