Zsolt Hernádi, the president and CEO of the MOL group Hungarian Oil and Gas Company held a press conference on the 2nd of October in 2017 where he announced that the company is going to build its new headquarters building at the Kopaszi Gát river dam of the Danube in Southern Budapest. He claimed that it is going to be the highest building of Budapest and will represent this modern regional market leader company properly.

Our task was to make the main message as much likeable as possible and to deliver that to the young, potential future employees of MOL hence we used two maverick “tools” to promote this event in the supportive digital communication.

We involved influencers in the general communication . Main aspects of our selection method were credibility and number of followers. There were some people who posted on Facebook, however, the majority published the spectacular plan of the headquarters in an Instagram post. We managed to approach the most relevant Hungarian celebrities for this project such as Bence Istenes and Vivien Mádai who also posted amongst others. We also cooperated with other influencers and artists in this project, such as Tamás Rizsavi and Melody Szabó, who either posted the image of the new headquarters or drew a picture of that. Altogether we worked together with 10 opinion leaders and generated more than 1,287 thousand reach! Influencers moderated the newsfeed that got generated under their own posts but at this point we activated another “tool” of ours, which is our Comment For Rent service.

With the Comment For Rent we were in a 0-24 hour standby. With specific software we were monitoring all the articles and comments that appeared in digital world and intervened with our customized avatars whenever it was necessary. We opened 34 main frontlines on social media. We wrote comments to most of the Facebook posts or we reacted to the conversations either by liking them or using other engagement solutions. This way we were able to move the tone of the conversations to a positive direction, furthermore we up-rated those positive comments independent from ours so that we could control the line of the conversations. 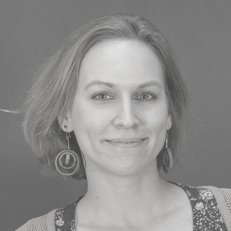