Daniel Radcliffe's latest film (Escape from Pretoria) had its Hungarian television premiere on AMC on December 27. Media noise is higher than average during the festive period, so we have suggested that we draw the attention of potential viewers to the film premiere with spectacular, unique digital appearances.

In addition to the opportunities provided by international materials (trailer and photo series), we looked for unique solutions that show the film’s central theme in a novel way. Therefore, in designing the platforms used, as well as the creatives, we sought to give our target audience a complex eye-catcher from some important moments of the film.

To succeed, our digital media mix featured a full use of social media solutions (Facebook image and video advertising, carousel, canvas, Youtube preroll) as well as a full-page video appearance and an eye-catching display ad communicating with each other. Most of the appearances ran on mobile but adjusted to the user habits of the festive season, the proportion of videos appearing on connected TV was higher than average.

The campaign brought in almost 30% more video views than planned during the 6-day campaign period and realized two and a half times more ad impressions. The large full-page layer produced a click-through rate of over 5% with 100% viewability, while the unique appearance of 24.hu also brought a high-than-average click-through rate. 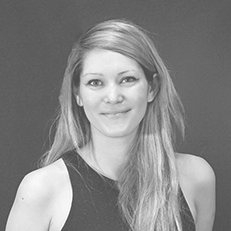