Szerintkirályi „One drop of summer” campaign
How did our digital campaign fly the Szerintkirályi to five continents during a summer?

Our task was to plan & run a campaign with a focus on Y & Z generation users & get them to participate in „One drop of summer” contest. The secondary goal of the campaign was to use engaging new forms of advertising to reach new groups of audience during the promotion.

IMPLEMENTATION:
Based on the needs & consumer habits of the audience mentioned above, our campaign strategy was set based on digital marketing methods. Yet besides of online ads, we’ve suggested the implementation of campaign identity in product design & offline advertising too – so consumers could meet graphic design & branding elements of the promotion on Szentkiralyi mineral water bottles & supporting TVC.

Reaching our target audience was based on Instagram communication so we’ve set a pretty simple challenge for users to take part in our contest: they should publish their own travel or holiday related photos to their public Instagram profile with #egycseppnyár (#onedropofsummer) hashtag to illustrate how many beautiful places of the world were already “conquered” by Szentkirályi. Participants of the contest could win cool daily & special prizes in order to get them motivated to publish more photos all along the promotion period. The main prize of the contest was a trip to New York for two.

Although the campaign had a strong focus on social media channels, we provided a strong paid media support with influencer marketing elements & augmented reality solutions to get the attention of our target audience, make them interested in taking part in the contest & incite them to buy Szentkirályi mineral water during the summer, too.

RESULTS:
During the campaign period, more than 7.400 photos were posted made by almost 2.800 users. “Onedropofsummer” as a central element worked more than fine all along the promotion as a cross-channel CTA that strengthened the message of the campaign, helped users to feel like being a part of an integrated brand experience & also make us successfully broadcast the message of the campaign & comply all KPIs set up to measure & certify success of the promotion. 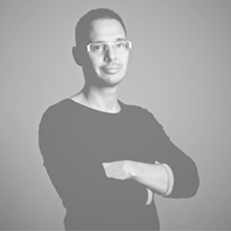