The focus of the 2020 Christmas campaign was on the life situations in which MOL Limo can provide a safe alternative during the holiday preparation period (as well). The aim of the presented situations is to further increase the image of MOL Limo and to encourage potential users to try it out. In this process, our task was to design and execute the campaign media and influencer communication.

Due to the size of the target group of the campaign - those living in Budapest with a car license - the most important cornerstone of the creation of the media mix was to ensure the widest possible access and striking appearances in the festive media noise. The detailed targeting of advertising solutions (based on demographics, interest, themes, and keywords), as well as the content of the selected influencers, also served the purpose of getting to know the main message of the concept as many people as possible and trying out Limo as a result.

The awareness-focused programmatic ads were the main pillars of the campaign. In addition social media (Facebook and Instagram) appearances, as well as a wide-ranging collaboration were also an important element: on one of the most visited news portals in the country, 24.hu, we supported the image goal of the campaign with several large, spectacular media solutions. Besides that, the involved influencers (Máté Hajagos, Kevin Piskolty, Rebeka Kárpáti, Nóra Takács) showed life situations in which the Limo can be used to safely arrange festive activities - with a coupon code tailored to them.

Overall, the results of the campaign confirmed the preceding expectations: 120% of ad impressions and 114% of clicks were met during the campaign. The contents of the influencers reached a total of over 300,000 and an engagement rate of 5%. Within this, Kevin Piskolty's content produced quite outstanding results (average engagement rate of 11.96%). 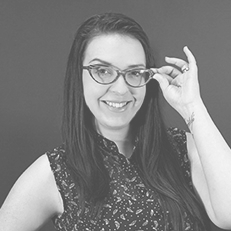