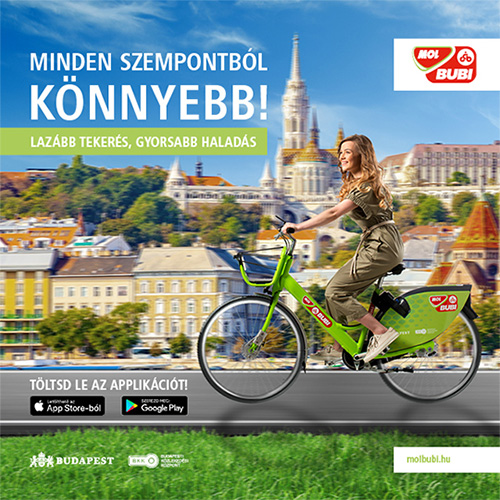 WE PUT THE CITY ON BIKES – THE SUMMER MOL BUBI CAMPAIGN ENDED WITH SUCCESS
At the beginning of the summer, the capital's public bike service was renewed from stem to stern. MOL Bubi has been fully reloaded: it has taken over the streets of Budapest with easy-to-ride bicycles, more user-friendly registration, brand new app and website, and favorable prices. Our job was to make sure everyone in the digital space was aware of this!

The aim of the campaign

Clearly not everyone, we had our focus on the already registered Bubi users and the good people of Budapest who were open to the idea public cycling. The main goal of the campaign was to reinforce in the mind of our audience the idea that the MOL Bubi public bike service is an essential part of city life, as it is a viable alternative to both public and car transport. As a secondary, business goal, we aimed to increase the number of Bubi users and the number of people downloading the new app, and make usage even more frequent.

In the first half of the campaign, our goal was visibility and wide reach, for which we ran fixed, time-based impressions on high-reach pages and mobile apps with large number of downloads, such as Index, HVG, Telex, and 24.hu. We were able to reach inclinable groups in terms of app downloads, thereby reducing the rate of waste coverage. This has been supplemented with ads running in a cost-effective and targeted programmatic system to cover the entire target audience. Considering the media usage habits of our audience, mobile appearances were fundamentally more emphasized throughout the whole campaign.

From the first phase of the campaign, we placed great emphasis on directing as many potential Bubi users as possible to the landing site in order to facilitate involvement and introduce our target group to the functions of the new MOL Bubi. To do this, we ran our ads on native and display programmatic systems, also used Facebook, Instagram, and Google Search appearances to direct users to the website or the app.

As everyone became aware of the benefits of the renewed MOL Bubi, it was time to increase the user base. We used optimized application download campaigns and Google search campaigns to follow and encourage those who are interested to try the new app. Each solution brought a significant volume of new registrants, especially the Google one that resulted a click-through rate of 32%. The results of the campaign exceeded the pre-planned performance indicators (KPIs) in all aspects, as in addition to the number of impressions and clicks, the number of registrants and users also exceeded the expected numbers. Moreover, the MOL Bubi campaign is not over yet, the sequel will arrive in the autumn – don’t worry, we will report on the results!

Latest news
Europe's leading packaging distributor enters the Hungarian market with our help
Raja, one of the largest distributors of packaging materials in Europe, has arrived on the Hungarian market, and we have been asked to help with the introduction. In the case of a B2B target group, the challenge is always bigger, but we love challenges, so the targeted campaign started in December!
It’s not a game anymore – roundtable discussion about esports
The holidays didn’t deter us from holding our 3rd digital webinar before the big lay-back season. In the latest seminar, we focused on global and domestic esports as well as gaming markets to find out where the segment currently stands and what are the advertising opportunities for the industry.
ROUNDTABLE DISCUSSION ABOUT THE PRESENT END THE FUTURE OF E-COMMERCE MARKETING
As an honor, our colleague was invited to a panel talk analyzing the current state of e-commerce marketing. Influencers, generational crisis, international vs. domestic, the recipe for the perfect campaign – all were on the table.
Meet us!
KATA Founder / Non executive director 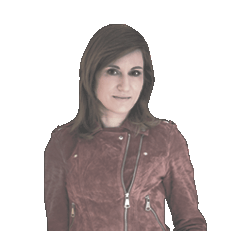